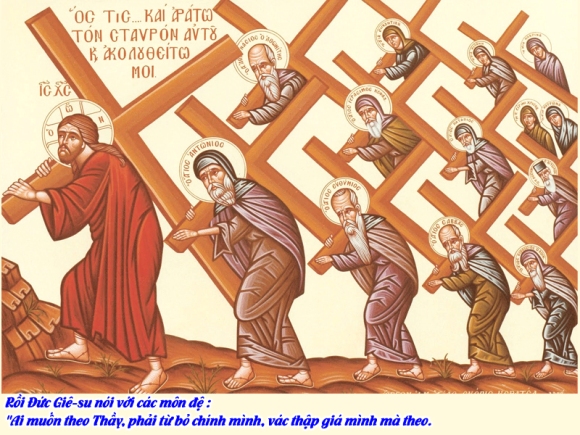 The challenge to those we teach today is to understand the cross and apply it to our circumstances.

What is a cross?  Its symbolism and meaning are ubiquitous today.  It’s certainly more than an intersection of two lines.  It’s a fashion accessory for many.  We see it in appear in all types of art.  For sure, its a symbol of our faith.  We see placed prominently in Christian churches of all stripes.  We see it used as a memorial and in cemeteries.  Its presence can bring peace and assurance to our life and faith.  But unfortunately, it has also been misused over time as a symbol of intolerance, threat and fear.  Certain “Christian” bodies have used it to signify that their perspective is right and all others best move out of the way. While this is as far from the message of Christ as one can get, it actually is in keeping with the original Roman intent for the cross.

A Roman cross wasn’t a thing of beauty.  It was something to be feared.  It was an instrument the Roman authorities used to establish their rule far beyond Rome as they subdued people and civilizations that stretched as far north as modern day England, as far south as Morocco, and as far east as Iraq.  In doing so, they achieved a span of about 200 years, between 27 BC and 180 AD, which is known as “Pax Romana,” or Roman Peace.  During this time, their empire thrived, intricate roads were built connecting this vast empire and aqueducts carried fresh water into cities and dirty water away.  But the cross may have been one of its most useful instruments.

The cross was a popular method of dispatching threats to the empire. “Romans practiced both random and intentional violence against populations they had conquered, killing tens of thousands by crucifixion,” says New Testament scholar Hal Taussig, who is with the Union Theological Seminary in New York.

Crosses were then used as a way to repress any possible insurrection.  They were usually set up in public places, like at a crossroad, and became a signpost to all who traveled that Caesar and Rome was a power to take seriously.  This cross did not offer people traveling directions but rather, with a corpse left hanging on it offered directions of another kind:  Know your place in this Roman order and everything will remain peaceful for you.  Make even the slightest waves in opposition and you can expect to join this man on your own cross.  These “signposts” were found all over the Roman world.

This is what the disciples had in their minds when Jesus, after being identified as the Messiah, announced “If any want to become my followers, let them deny themselves and take up their cross and follow me.”  Can you imagine both the horror and confusion that must have surrounded them?  This gifted rabbi that people had been flocking to hear speak and be healed by is telling us that he is the long awaited savior of our people.  He’s the Messiah!  But instead of saving us from the oppressive Romans, he is asking us to embrace their form of submission!

No wonder Peter, who first identifies Jesus as the Messiah, reacts so forcefully at Jesus’ teaching of his rejection.  Peter, like many of us, wants to take control of the situation and preserve his leader and movement.  Given the context of the Roman world, perhaps Jesus is simply stating a fact.  If I am what you say I am, the local authorities and ultimately Rome’s response will be to kill me.  But Peter’s desire to fight fire with fire was not the agenda God had planned for his son.  And, after forty days of training in the wilderness to resist satan’s temptations, Jesus’ work pays off as he resists any plan of self-preservation, even when it comes from his star pupil.

Would-be messiahs were nothing new in first century Palestine.  More than a few had risen to prominence, with their own band of disciples and the cause of God and nationalism as their banner.  Violence and death were always their end as they resisted the empire’s strength.  After each demise, there was nothing left to show for their efforts.  Jesus’ call was to embrace, on behalf of his followers, the path of savior through martyrdom.  Looking back at the witness of Christ in the gospels, it appears that part of God’s beautiful plan was that only through the embrace of self-sacrifice can the movement of God’s reign ever come in any significance.

What does this scripture have to say to followers of Christ today?  What kind of self denial and cross is Jesus asking us to carry?   And how abrupt and difficult is such a message to our ears?  To answer, we must first start with the question, “who do we say Jesus is?”

Who do we say Jesus is?  This question makes all the difference.  If we are going to take up our cross, we first have to believe the cause is worthy of suffering.

This is the question that gets this whole scene started.  Jesus and his disciples have been traveling from town to town preaching God’s kingdom, casting out demons and healing the sick.  He’s developed quite a fan club.  And Jesus wants to gauge his disciples by asking them about the folks they are encountering.  What are they saying about me?  Do they recognize me?  But ultimately, he wants to know if they, who have been with him the most, recognize him for who he really is.

When Peter makes his confession, the wheels start to turn. A messiah by any other name than Caesar is someone with a mark squarely on his shoulders.  The disciples have given up everything to follow him.  With this news, they may have to give up their life.  Peter and the others were probably ready to die for Jesus’ cause, to go down swinging in a fight against the evils of the empire.  What Peter did not like, what he didn’t fully understand, was Jesus’ acceptance of what seemed like defeat.  His teaching that he would die seemed like a certainty, not a possibility.  How could the Messiah be victorious when he was ready to accept death at the hands of the enemy?

Yet, as the story plays out, Jesus’ death is not the end but rather the beginning.  Jesus’ death changes everything.  Jesus’ willingness to trust fully in God’s authority over everything rather than the Ceasar’s violent version of reality, put Jesus on a cross but brought those who follow him life.  Today the Pax Romana is but an ancient history lesson.  But the gospel of Christ is embodied in every person who believes and follows.  Jesus’ death and resurrection was the ultimate signal that humans, no matter how powerful or threatening they appear, can’t really have any lasting power over God’s creation.

So, how we understand who Jesus is will make a difference in how we understand the cross that Jesus asks us to carry, and our willingness to pick it up and follow him.  What is our cross today?  Is it worth our sacrifice in order to bear it?

The challenge to those we teach today is to understand the cross and apply it to our circumstances.  The cross may not mean a literal death or martyrdom.  Rather, it may mean that we have to daily say no to things that stand in the way of our ability to fully trust in God alone.  What systems and technologies do we trust more than God?  Are we able to fully claim the way of Jesus above the way of capitalism, a particular political point of view, the threat of violence, a work ethic that drives us to continuous work or lifestyles that compromise our ability to see God at work and join God there?

These lifestyles, as an example, are not necessarily scandalous.  But, it very well may be in our comfort, in our overwhelming options of how to use our time and wealth, that we choose being served rather than serving. What does this look like?  If it is a continual guilt trip, then we don’t want it.  But, I think the Jesus way is a simple truth that our life is more than the conveniences we have become enslaved to.  As we follow Christ, we start to recognize this but too often we give into our own Peter rebuking us, trying to keep us safe, in a predictable place we can control.

Following Jesus is a greatest adventure.  Walking in his footsteps brings us purpose beyond anything else society can offer.  The tension is that society doesn’t want this adventure and doesn’t trust it or celebrate it.  Society wants to stay in a system that is predictable and controllable.  The adventure of faithfully following Jesus will either go under the radar of popular culture or it will be rejected.  This is just one of the crosses we as Christians are called to bear.  Being unpopular, crazy or both.

So, what does it mean to bear our cross?  We have collective crosses we must bear faithfully for God such as coming to terms with gun violence in America.  And we all have our own crosses that require sacrifice and faith to bear.  What will it look like for a community of Christ followers to bear our burdens (our crosses) together?  Is it possible?  I pray and hope that it is.

For a radical example of taking up the cross, Greg and Helms Jerrell have followed Jesus’ call to minister among a marginalized neighborhood in Charlotte, NC (http://qcfamilytree.org/).  Instead of pastoring in a church setting, which would have perhaps brought them more comforts and middle class lifestyle, they were called to Enderly Park.  Their choice has made them who they are and they wouldn’t change a thing!  A mission team will go to serve with them and learn with them June 27-30.  Sign up at http://www.hrbcrichmond.org/my-hrbc